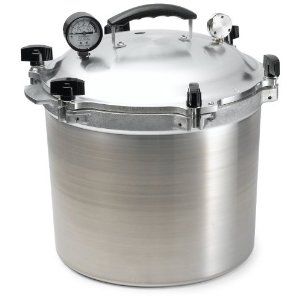 This is an old-fashioned pressure cooker.  I had to laugh at a comment made by Kathy D yesterday about the title of my post.  She said she thought  the story would be about a failed pressure cooker experiment.  This reminded me of the things my mother told my brother and I when we were young.  The things that we were not allowed to do.  Only in my mother’s case, she would tell us not to do something, followed with a reason that would scar us for the rest of our lives.  Let me give you my top three “do not do this” warnings given to my brother and me from my mother which include her special twists for child terror.

“Don’t play with matches”.  A simple request from any mother, right?  My mother started out right, “Don’t play with matches”, but then she would scare us to death with the rest of the story, “or you’ll end up catching on fire like I did”.  OK, it’s true, my mother did fall into a fire at a young age and was burnt very badly.  However, after we were warned, there was always a threat to whip up her sweater or blouse and show us where she was burned.  She’d come at us lightly tugging at the bottom of her top for added drama.  Although she didn’t say it, we knew what she was thinking.  Don’t you two even talk back and make me pull this up and show you!  It worked–she had experience with acts of fire….why would we go against her.  What kid wants to become a human torch?  My brother and I could not strike a match until we were taught around eighteen years of age.  Up until that point, the site of a match would terrify us.  We would tell everyone, “Sorry, we are not allowed to use a match, we don’t want to ignite”.  I’m still not good at lighting one to this day and can feel my hair melting off or my clothes going up in flames every time I light a candle or, god forbid, a bonfire.  That’s how much matches scare us, thanks to our mother.

“Don’t eat that fish until I check for bones”.  We would look up and then it would come “because if you get a small bone in your throat this will be the last dinner you see before you choke to death”.  Make mine a hot dog please!  Until almost fourteen or so, my brother and I would never begin to eat fish until my mother pulled it apart piece by piece and ensured that it was bone free by pinching it between her fingers.  To this day, I can be at the most expensive restaurant with a piece of fish in front of me and when I feel a bone in my mouth I panic knowing that this small blade is going to slide down my throat, ripping it to shreds until it lodges, and then end a pretty good life in a tragic fashion.  When they tell my mother of my demise, she would lift her head, wipe her tears away and say to my father “Didn’t I warn them?” 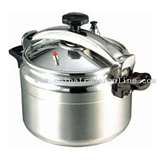 Now comes my favorite.  “Don’t ever use a pressure cooker and if you are around someone who is using one, leave immediately”.  Then the rest of the story, “You know that Coleen Jenkins (name changed to protect the innocent) was never right after her pressure cooker lid exploded in her face”.  In my home town, women cooked their asses off to please their man.  They baked, broiled, steamed, fried, roasted and pressure cooked.  Whatever it took to put a meal on the table.  What could be bad with chili in a minute or a 20 pound turkey in less than an hour?  I’m not sure that my brother or I ever met or knew Coleen Jenkins, but we could imagine her plight.  How could you not be damaged in some way by having a red-hot steel disc with attachments hit you smack in the face while it was traveling at the speed of light?  We would imagine her twisted mouth, dent in her forehead, slurred speech, one crossed eye.  That mental image was enough for my brother and I to picture in our minds to make sure that anything with a valve was not our friend.  I have a pressure cooker now.  When we use it here on Glen Road, I break into a cold sweat and run into the other room thinking out of sight, out of mind.  I pray, “Oh God, please don’t make us like Coleen Jenkins, I beg you!”

What can I say?  It worked with my mother–no matches, no un-pinched fish and no pressure cookers for my brother or me until early adulthood.  She did her job…..well, in a different manner than most shall we say, but she did her job.  What crazy things were you told not to do by your mother when you were younger?